The large hole turned out to be the easiest to fix and was it located fairly close to a corner. With the quilt washed, I removed the label, the quilting and all the binding in both affected corners. By removing the quilting stitches around the hole all the way to the edges on both sides, I could 'peel' back the layers. The backing was easy to do, as I just cut a new piece of the very same backing fabric large enough to cover the hole and extend off of the two sides. I ironed under a 3/8" seam allowance and top-stitched the large patch in place through the backing and the batting. Then I got to work on the front. The easiest was to just applique a patch over the hole. The original area was made of 4 triangles that formed a square. The patch I made was a rectangle that I straight stitched down. I overlapped the new fabric quite a bit on the really chewed spot. You can see it in the show through at the bottom of the photo. 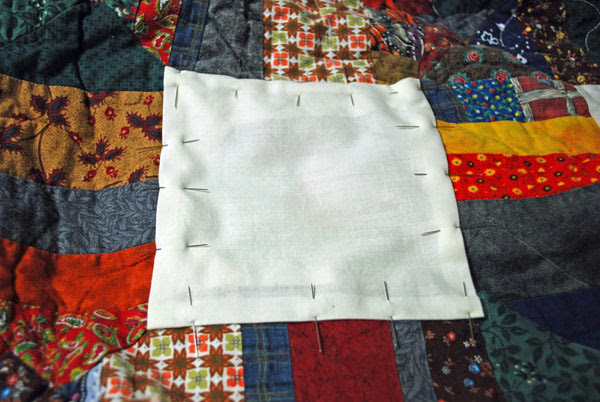 After stitching down the patch, I trimmed the old chewed up edges off so there wouldn't be as much show through. A piece of batting was cut to fill the void and the whole area was then pin basted. 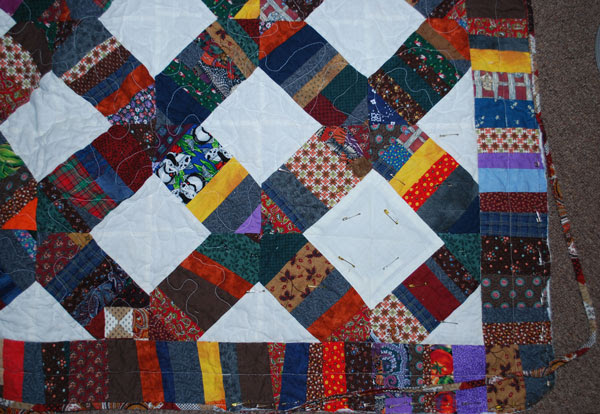 The first thing I did was straight line stitch from corner to corner in the new block to make it look like the rest -- a fool the eye thing. The old meandered quilting stitches that were removed left needle holes that I was able to follow  for the rest of the quilting. 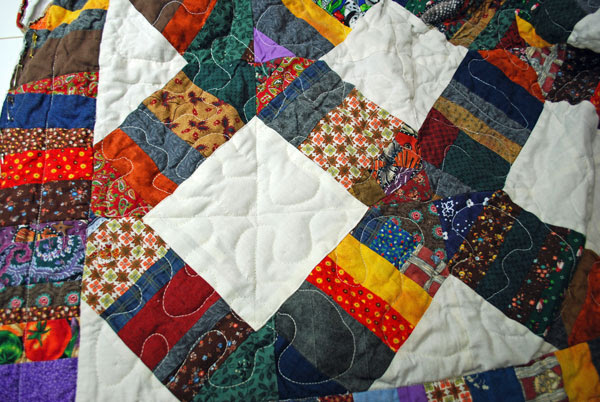 Here is the patch on the front after quilting. I am not going to show the back because the fabric is so busy you would not be able to see much.  I then turned my attention to the other nibbled corner. The dog only took out about a section that was 6 inches wide by 1/2 inch deep, but that included the binding. I am so glad I used the same fabric for the binding that I used for the backing because I have a bolt of that stuff. Yes, I do and it makes wonderful busy backings. 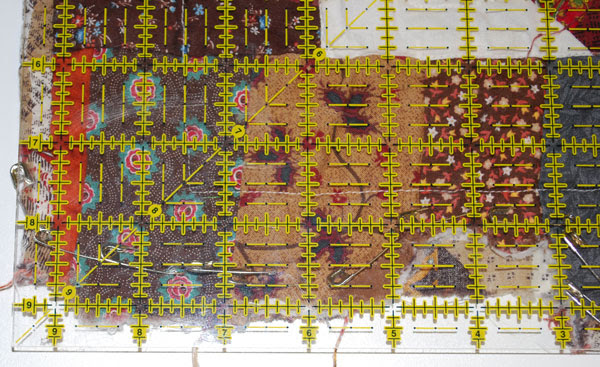 Once again the binding was removed so that I could work in the area. Then I straightened up the edge a bit. 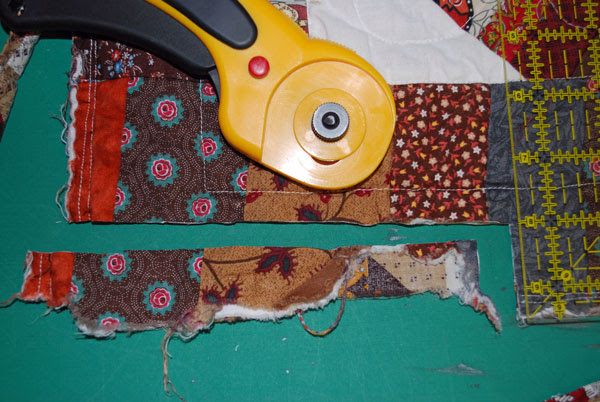 I cut a large piece of the backing fabric, turned under one short end and pressed. The fabric patch was placed face down on the straight edge (cut in the previous photo) on the backing side of the quilt. Batting was added on top and then machine stitched through all layers; the batting was trimmed out from the seam allowance and the patch and batting were pressed down in a sew and flip technique. Once the patch was flipped, the batting  butted up against the older section of the quilt but the fabric patch overlapped it. (See what I mean about the busyness of  this backing!) 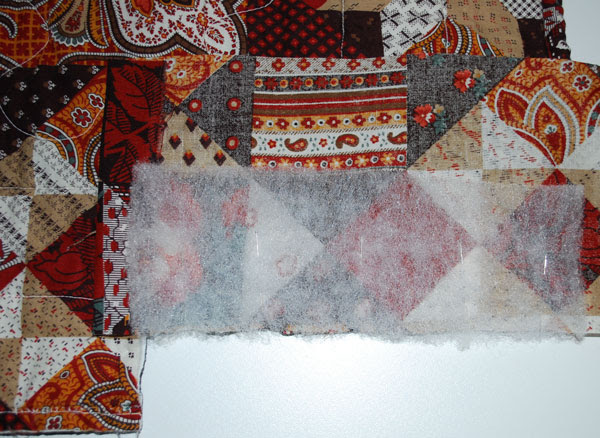 On the front side of the quilt, the patch was brought over the batting and the raw edge on the long side was turned under. I used a zig-zag stitch around the two sides of the patch, making sure to catch the unstitched patch on the backside of the quilt. The patch was then cut even with the edge of the quilt. O and the fun part? Making a new section of binding to fill in what the dog nibbled off. 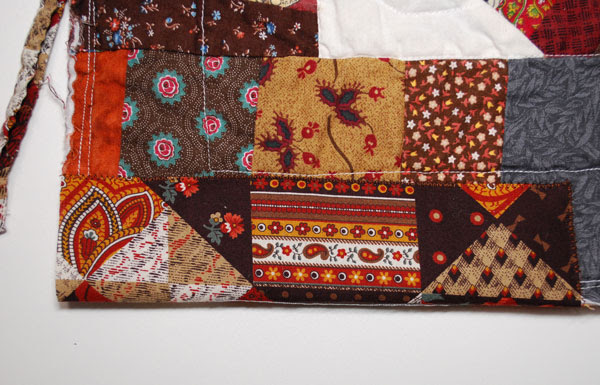 Here's a shot of the whole quilt after the repair. The hole that was filled is in the lower left corner and the corner and binding that was fixed is not very see-able in the the shadowed lower right corner. Sorry. 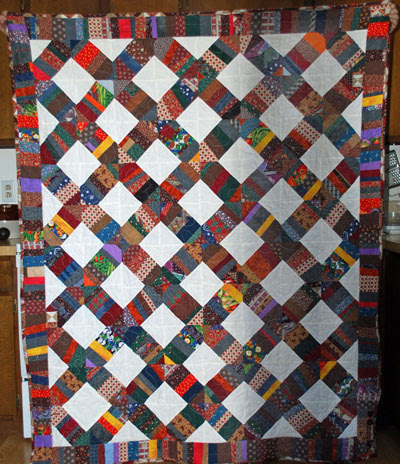 And a close up that shows both repaired sections. And there you have it: how I repaired my sister's quilt.
at 6:36 AM
Email ThisBlogThis!Share to TwitterShare to FacebookShare to Pinterest
Labels: quilt-repair, tutorial