How to make a ribbon scarf

I was asked if I would explain how I made the ribbon scarf. It is really very simple. Start with Sulky Solvy which is a water soluble stabilizer. Mine was old and and some was missing due to being used so I do not know how long it was, but I'd guess about 36" by the width of the stabilizer. 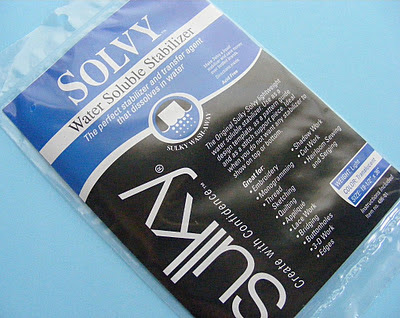 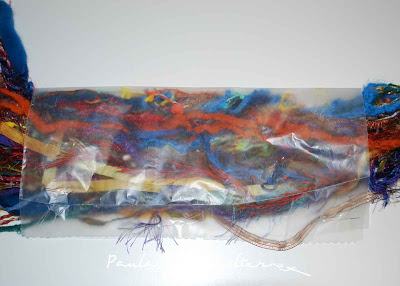 Put a walking foot on your sewing machine and stitch across the fibers every inch or so and then do a large  'x' to further stabilize the fibers. 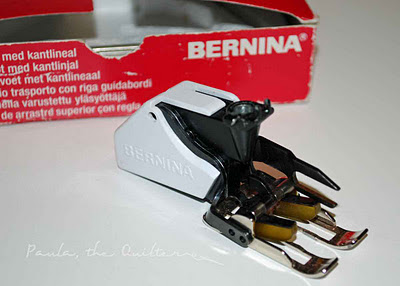 Now comes the tedious part. Carefully remove the stabilizer from the stitching lines. You do not have to get it all out from under the stitches. Once you have the larger pieces of the stabilizer removed , dunk the scarf in a bowl or basin of warm water and swish around. I let it sit in the water for about 2-3 minutes. Remove from the bowl and roll the scarf into a terry towel to squeeze out the remaining water. Block or dry flat.

That's all there is to it! Here's a photo of the finished product again. 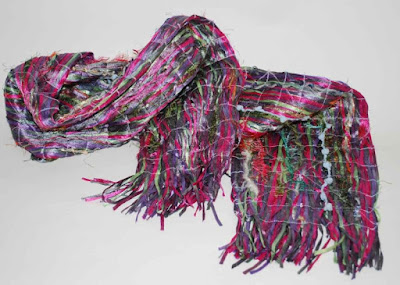 at 6:00 AM
Email ThisBlogThis!Share to TwitterShare to FacebookShare to Pinterest
Labels: scarf, sewing, tutorial