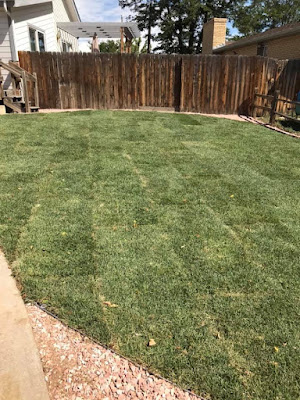 This space used to have two trees: an ornamental Bradford Pear that was dying and an Austrian Pine that was so close to the house that in the last snow storm some of the branches were so weighted down with snow that they were on our chimney (not safe). Both trees had to be removed.

And then the weeds came in. Last year was so smokey and hot and with the repaving of our road, we decided not to do anything with it. This year was the  year to do it!

Next spring a new tree will be planted that will be place better than the other two.

at 4:10 PM
Email ThisBlogThis!Share to TwitterShare to FacebookShare to Pinterest
Labels: chit-chat