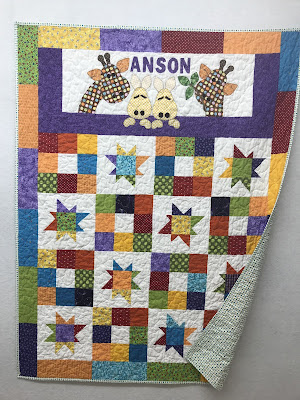 This was a Christmas gift for my most recent Grandson. It was an pattern from Annie's Crafting. The stars were so easy to do since they were wonky points. The backing is a cute blue and green polka dot fabric. I gave a knitted blanket to him at birth, but up until now he didn't have a quilt. Now he does. 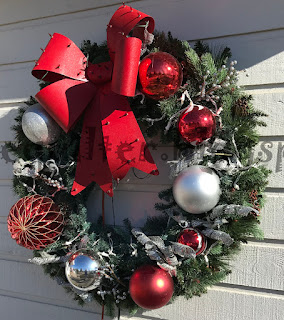 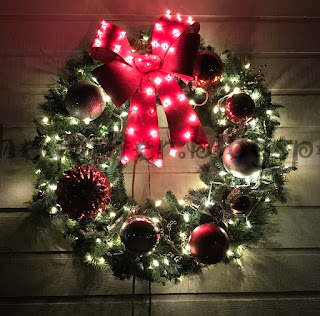 Hunny and I spent the morning of December 3 in the garage revamping this wreath. We deconstructed it and then added on some new garland. The lights went back on and then all the ornaments. The one thing I had a problem with was the bow. I could not find one to replace it and it needed replacing! All the Colorado sun beating on it for years turned the bow orange along with several of the 'red' ornaments. Our solution was to spray paint the bow with red paint. 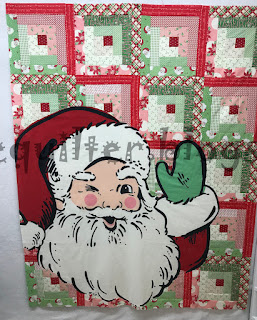 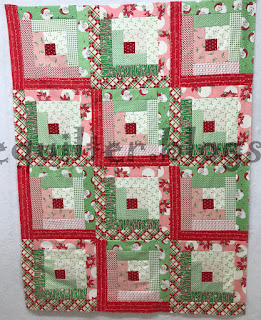 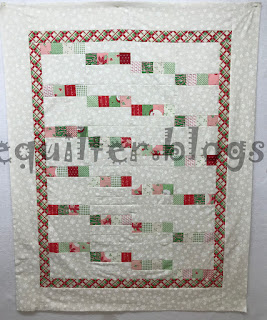 I've been sewing on a Christmas quilt for myself called Swell Christmas. A friend and I have been doing an in-home sew along retreat. Both of us have been making this quilt. I've gotten the top done, but I doubt that any quilting will happen on it until the first of the year. The instructions had you make 20# of log cabin blocks and then applique Santa on top. There was show through so I cut out the blocks behind Santa. This resulted in more blocks in the leftover pile so I made another quilt that is roughly 42"x56". And with still more leftover fabric so I made a baking for that second quilt. 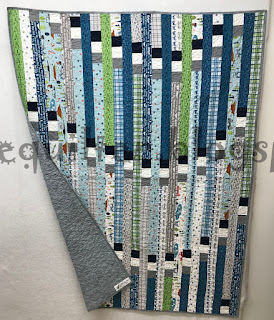 This was a jelly roll quilt that I made from Jeep fabric! 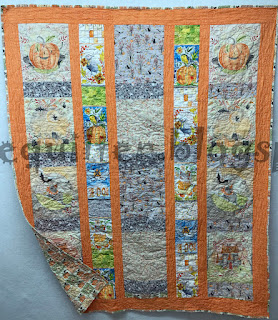 And then because it was Christmas time I quilted a Halloween quilt.

I hope you have a Happy New Year!

at 7:30 AM
Email ThisBlogThis!Share to TwitterShare to FacebookShare to Pinterest
Labels: Christmas, family, machine-quilting, quilt